After developing the SHIFTo4.0 Program, a project that allowed us to diagnose and support companies in the creation of an action plan that would make them more competitive in the context of Economy 4.0, ISQ is now launching an innovative Program called SHIFT2Future. "The goal is to strengthen the awareness of SMEs for a new generation economy within the framework of Industry 4.0" and empower them with knowledge and methodologies to accelerate their transformation to the digital economy, leaving them more prepared to face and overcome the new challenges inherent in the new economic paradigm," explains Pedro Matias, president of ISQ.This is an initiative led by ISQ in partnership with IAPMEI, CTCV (Technological Center of Ceramics and Glass), University of Aveiro, Polytechnic of Leiria and TECMINHO. The application in the companies of the Tool SHIFTo4.0 demonstrated the need for i) to have a national effort, continued, with regard to the awareness of companies to the paradigm of Industry 4.0 (i4.0), ii) a concerted action in the training of people (with a view to increasing knowledge both at the level of management and at the technical level of companies), iii) the provision of tools facilitating knowledge endogeneization and iv) further strengthening the capacity to support SMEs in the implementation of i4.0 solutions. Thus, SHIFT2FUTURE comes to meet these needs and thus contribute to accelerating the transition of SMEs to the i4.0 economy. "In the background, it will generate knowledge with awareness-raising and training actions as well as development of tools adapted (software, visual applications) to sectors of activity, sensitizing the various levels in the company (from the top to the bottom)", adds Pedro Matias. SHIFT2FUTURE will focus on SMEs (about 300) from ten sectors of activity (from IOT to Agroalimentar) in the North, Central and Alentejo regions, thus including some sectors not previously analyzed in SHIFTo4.0.The programme will start in September 2020 and will last for 24 months. "SHIFT2FUTURE is undoubtedly an initiative of the greatest relevance in raising awareness and training of SMEs for i4.0, soon for its future and is very aligned with what Portugal and Europe have been doing in the framework of the Digital Transition and the Portugal Digital Programme launched by the Ministry of Economy and Digital Transition that calls for a major transformation at people level, companies and the state," concludes Pedro Matias. 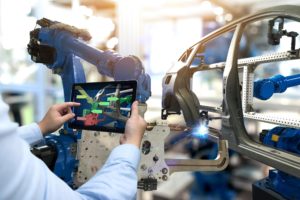 Present in 14 countries and with 7 offices in Portugal, ISQ supports its customers in reducing risk, improving operational performance and increasing competitiveness. multidisciplinary teams that help clients to align their business objectives with applicable regulations and standards and in meeting their goals in the areas of quality, safety, asset management and environmental and social responsibility.

Industry, Technology and Innovation are the premises that guide the work developed by ISQ, which already has more than 500 international Innovation projects and more than 17,000 professional training courses.